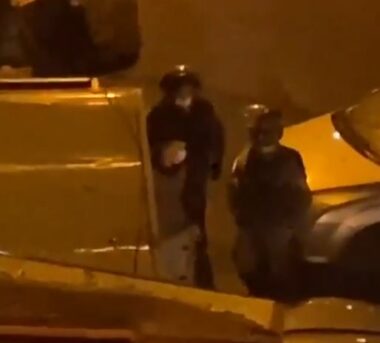 Israeli soldiers abducted, earlier Thursday, nineteen Palestinians, including one woman, from several parts of the occupied West Bank, after the army invading many areas and searching dozens of homes.

It is worth mentioning that the soldiers assaulted many residents while searching and ransacking their homes in Hebron, before abducting the eleven Palestinians.

In Tubas, in northeastern West Bank, the soldiers abducted a woman, identified as Maram Daraghma, from her home in Ein al-Baida village.

In Bethlehem, south of occupied Jerusalem, undercover soldiers infiltrated into the al-Khader town, south of the city, before breaking into a shop, and kidnapped Rafat Na’im Abu Aker, 50, from Doha town, west of Bethlehem.