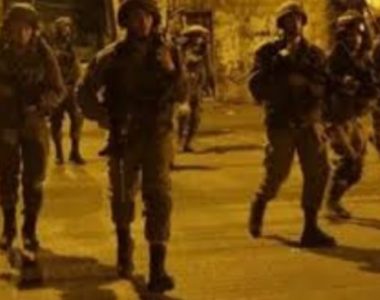 The al-Jalazoun Media Center has reported that the soldiers invaded and searched many homes and interrogated several Palestinians while inspecting their ID cards.

Also at dawn, the soldiers invaded Deir Abu Mashal village, northwest of Ramallah, and abducted eleven Palestinians, after storming their homes and ransacking them, in addition to two Palestinians in Jenin refugee camp, in northern West Bank.

In addition, dozens of soldiers invaded the Deheishe refugee camp, south of Bethlehem in the occupied West Bank, shot five Palestinians, including a medic, and abducted three others.