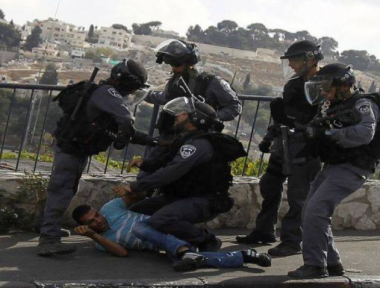 Israeli soldiers abducted, on Monday at dawn, five Palestinians in the West Bank governorate of Bethlehem, in addition to abducting the father and the cousin of a Palestinian who was killed this past Friday, in occupied Jerusalem.

It is worth mentioning that clashes took place in Deheishe refugee camp, after the soldiers invaded it, broke into homes and searched them.

In addition, the soldiers abducted Hasan Abu Ghannam, the father of Mohammad, who was killed by Israeli army fire, two days ago on Friday 21, from his home in Jerusalem, in addition to abducting Mohammad’s cousin, Ismael Abu Ghannam, and took them to an interrogation center in the city.