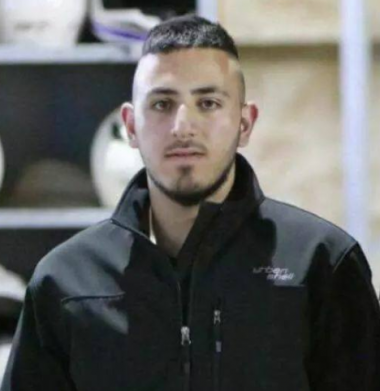 Israeli soldiers shot and killed, on Friday, a young Palestinian man, during clashes that took place after the army invaded at-Tour neighborhood, in occupied East Jerusalem.

Palestinian medical sources have reported that the slain young man has been identified as Mohammad Hasan Abu Ghannam, 20, from at-Tour.

Eyewitnesses said that the soldiers surrounded the Palestinian after shooting him, and that he bled to death after the army prevented Palestinian medics from approaching him.

Many Palestinians were also injured by Israeli fire and gas bombs, during the clashes; medical sources said that one of the wounded Palestinians suffered a serious injury. 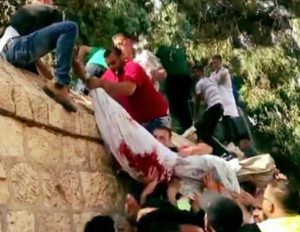 Israeli soldiers and undercover officers frequently invaded Al-Makassed Hospital in Jerusalem, apparently to retrieve the corpse to the slain Palestinian, but young men managed to smuggle his body out of the hospital, and his burial ceremony was held shortly afterwards.

It is worth mentioning that Al-Makassed Hospital has issued an urgent call for blood donations, due to the large number of Palestinians, who were shot and injured by Israeli army fire, in different parts of the occupied city.

He was shot in the neck with a live round fired by an armed Israeli settler, while the soldiers also attacked and clashed with dozens of Palestinians after preventing them from entering the Al-Aqsa Mosque for Friday prayers.

The Palestinian Red Crescent (PRC) has reported that its medics have been unable to reach many wounded Palestinians due to the extensive Israeli military and police deployment, and the strict siege on the entire area.

At least two of the wounded Palestinians suffered life-threatening injuries, the PRC added.

Earlier Friday, Israel decided to prevent all Palestinian men, below the age of fifty, from entering Al-Aqsa Mosque, and even Jerusalem’s Old City.

It is worth mentioning that Sharaf has just successfully finished high school, and was preparing to attend a local university for higher education.