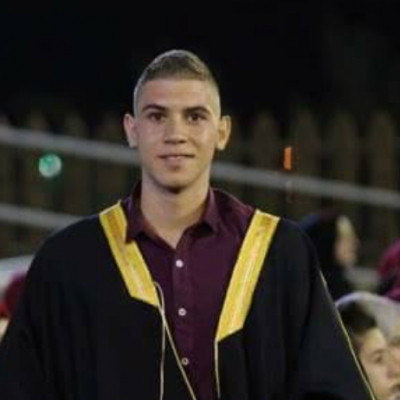 Palestinian medical sources have reported, Friday, that Israeli soldiers killed a young Palestinian man, after shooting him with a live round to the heart, in Abu Dis town, east of occupied East Jerusalem. The Palestinians is the third to be killed by Israeli fire within a few hours.

The Palestinian Health Ministry has reported that Mohammad Lafi, 18, from Abu Dis town, was shot with a live round in his heart, and was moved to the Palestine Medical Complex, in Ramallah, where he died from his serious wounds.

The Palestinian Red Crescent has reported that at least 140 Palestinians have been injured, Friday, and that most of them were shot by the army, and several others suffered fractures and bruises after being assaulted by the soldiers.

It added that the number of wounded Palestinians is likely larger than 140, especially since the soldiers have chased dozens of medics and ambulances, and prevented them from entering various Palestinians towns and neighborhoods.

in addition, the soldiers  attacked many Palestinian medics, and fired gas bombs, rubber-coated steel bullets and live rounds at many ambulances.

The soldiers also invaded many Palestinian homes in the Old City, and occupied their rooftops, in addition to installing roadblocks in several areas, including the

The soldiers caused damage to at least twenty Palestinian cars in Wad al-Jouz alone, and injuries dozens of Palestinians, especially due to the effects of teargas inhalation.

Also on Friday, the soldiers killed a young Palestinian man, during clashes that took place after the army invaded at-Tour neighborhood, in occupied East Jerusalem.

Palestinian medical sources have reported that the slain young man has been identified as Mohammad Hasan Abu Ghannam, 20, from at-Tour.

Eyewitnesses said that the soldiers surrounded the Palestinian after shooting him, and that he bled to death after the army prevented Palestinian medics from approaching him.

The soldiers also attacked and clashed with dozens of Palestinians after preventing them from entering the Al-Aqsa Mosque for Friday prayers.

It is worth mentioning that the soldiers invaded many Palestinian cities, villages and towns, in various parts of the occupied West Bank, including Bethlehem, Ramallah and Hebron, and clashed with dozens of Palestinian protesters.

Hundreds of Palestinians have been injured by Israeli live fire, gas bombs and rubber-coated steel bullets in different parts of the occupied West Bank, among them many medics.

The clashes took place after the soldiers prevented thousands of Palestinians from entering the Al-Aqsa Mosque, in occupied Jerusalem, and installed dozens of roadblocks.