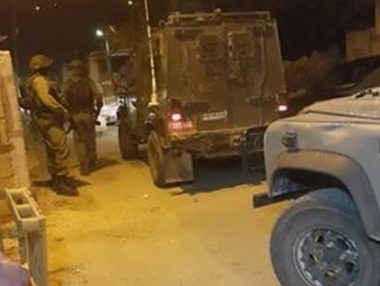 The Palestinian Prisoners’ Society (PPS) has confirmed that Israeli soldiers abducted, on Wednesday at dawn, six young Palestinian men in Jenin city, and Jenin refugee camp, in the northern part of the occupied West Bank.

In related news, dozens of soldiers were deployed around many villages and towns, in the southern part of Jenin governorate, before installing roadblocks.

The soldiers searched many cars and residents, and inspected the ID cards of the Palestinians while interrogating some of them.