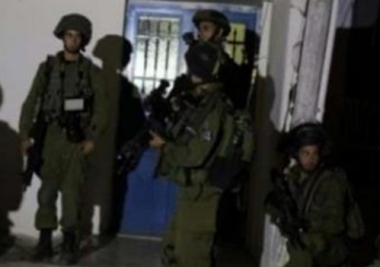 Israeli soldiers abducted, on Thursday evening and Friday morning, six Palestinians, including one woman, and summoned several others for interrogation, in various parts of the occupied West Bank.

The Jenin office of the Palestinian Prisoners’ Society (PPS) said the soldiers invaded homes in Faqqu’a and al-Fandaqumiya villages, and abducted Odai Nasr Khatib, 20, and Mohammad Abdul-Hadi Azzam, 35, after violently searching their homes.

The Hebron office of the PPS, in the southern part of the West Bank, said the soldiers invaded many neighborhoods in the city, searched and ransacked homes, and abducted Mo’tasem Ibrahim ‘Aqel, 25.

The soldiers also fired by smoke bombs and concussion grenades, causing several Palestinians to suffocate, before local medics provided them with the needed treatment.

On Thursday evening, the soldiers abducted a young woman, identified as Sara Fayez Abu Hamdiyya, 23, after stopping her at a military roadblock in the Nashash area, in Hebron.