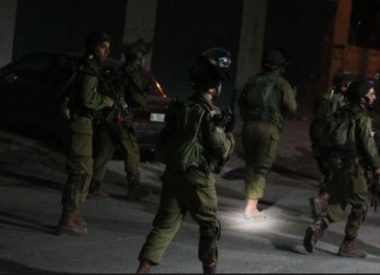 Israeli soldiers invaded, on Sunday at dawn, the villages of Husan, west of Bethlehem, and al-Jalama, northeast of the northern West Bank city of Jenin, searched many homes and abducted six young men.

The three were cuffed and blindfolded before the soldiers loaded them in their jeeps, and took them to Etzion military base and security center, north of Bethlehem.