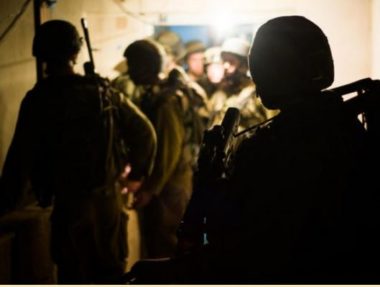 Israeli soldiers invaded and violently searched, on Monday at dawn, dozens of homes in occupied Jerusalem, and abducted at least ten Palestinians, in addition to summing one for interrogation.

Media sources said the soldiers interrogated many Palestinians while searching their homes in the towns of al-‘Isawiya, Silwan Biddu and Beit Anan, in addition to the Old City, and inspected their ID cards.

Also in Silwan, the soldiers summoned Mohammad Shweiki for interrogation at a military base, in occupied Jerusalem.

The soldiers also abducted Omar Abu Sneina, from the al-‘Isawiya town, while Wisam Hussein Rabea’ was taken prisoner from his home in Beit Anan town, northwest of Jerusalem.