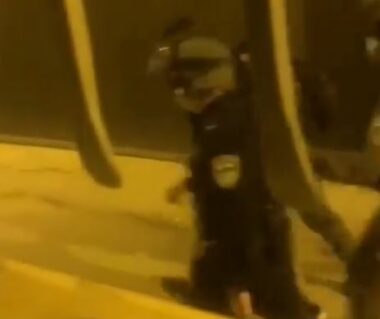 Israeli soldiers abducted, on Friday at dawn, at least ten Palestinians, from their homes in several parts of the West Bank, including occupied Jerusalem.

Several army jeeps invaded the al-‘Isawiya town, north of Jerusalem, and conducted extensive searches of homes, in addition to firing many flares and concussion grenades.

In addition, the soldiers invaded Jenin, in northern West Bank, searched and ransacked many homes before abducting a former political prisoner, identified as Ashraf Nasser Tahaina, in addition to Mohammad Roshdi al-Jamal.

In the al-Yamoun town, west of Jenin, the soldiers searched homes and abducted Ahmad Amin Nawahda.

In Bethlehem, south of occupied Jerusalem, the soldiers invaded the al-Fawaghra neighborhood, in the center of the city, before abducting Mohammad al-Qarbi and Khalil al-Qarbi, after invading their homes and searching them.