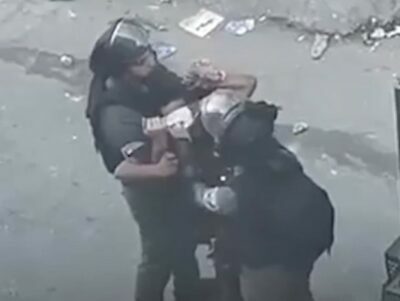 In Qalqilia, in northern West Bank, the soldiers invaded and searched many homes before abducting Abdul-Rauf Walweel, 55, in addition to Amir Mousa Abu Libda, 25, and his brother Mohammad, 24.

The soldiers also abducted a child with special needs, who remained unidentified at the time of this report, in Qalqilia city, and took him to an unknown destination.

The army invaded many neighborhoods in the city, leading to protests before the soldiers fired gas bombs, concussion grenades, and rubber-coated steel bullets. 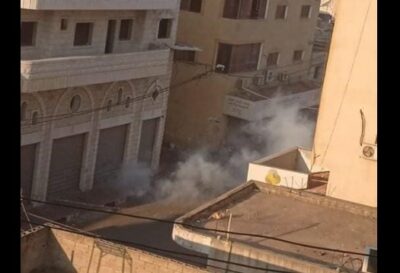 Furthermore, the soldiers invaded Qabatia town, south of the northern West Bank city of Jenin, before storming and violently searching many homes, leading to protets; the sodliers also fired live round, rubber-coated steel bullets and gas bombs at the protesters.

It is worth mentioning that, on Wednesday evening, the soldiers abducted a young man, identified as Hasan Ismael Abu ar-Rob, while crossing the Barta’a military roadblock.

In addition, the soldiers invaded and searched many homes in several parts of the Bethlehem governorate, south of occupied Jerusalem, in the West Bank, before abducting six Palestinians.

In occupied Jerusalem, the soldiers invaded homes in Silwan and Sur Baher, leading to protests, in addition to installing a military roadblock near Bab al-‘Amoud area in the city, before stopping and searching dozens of cars and residents, the Wadi Hilweh Information Center In Silwan (Silwanic) has reported.