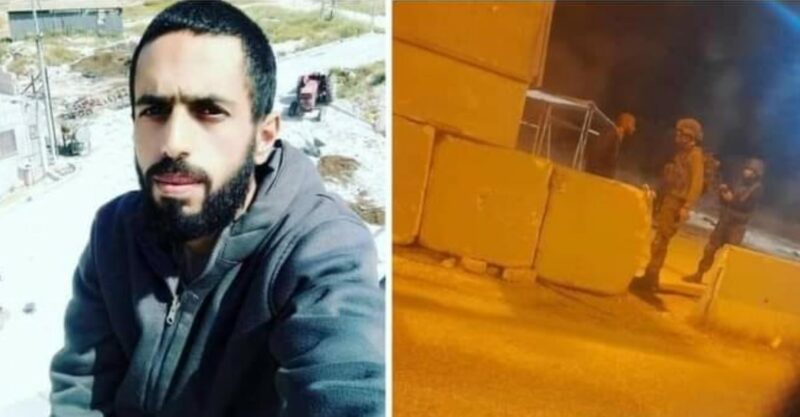 Israeli soldiers abducted, on Wednesday at night, a young Palestinian man from Qabatia town, south of the northern West Bank city of Jenin.

Eyewitnesses said the soldiers stopped and searched dozens of cars, and interrogated many Palestinians while inspecting their ID cards, before abducting the young man, and moved him to a nearby military base.

In related news, the soldiers invaded the al-Ba’ajwa neighborhood in Ya’bad nearby town and drove in the streets before withdrawing.

In addition, the soldiers, stationed at the Dothan military roadblock near Jenin, stopped and searched dozens of Palestinian cars, while dozens of troops were also deployed near the villages of al-Jalama and ‘Arrana.

In related news, the soldiers abducted one Palestinian and assaulted many others for chanting against the provocative tour of a fanatic Member of Knesset and dozens of colonizers in Bab al-Amoud, one of the gates leading to the Al-Aqsa Mosque.