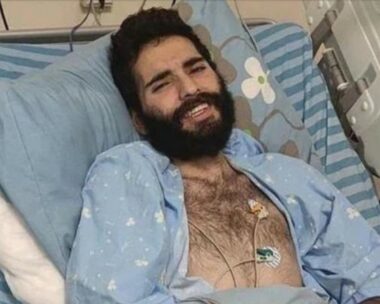 The Palestinian Detainees’ Committee has reported, on Wednesday evening, that Israeli physicians in the Kaplan Medical Center are trying to force-feed hunger-striking detainee Miqdad al-Qawasma, 24, who is ongoing with the strike he started 91 days ago.

It added that the physicians tried to give him boosters and liquids, but he rejected their attempts.

Al-Qawasmi, from Hebron in the southern part of the West Bank, started the strike 91 days ago and is facing serious complications and his condition is gradually declining but is determined to continue the strike until Israel ends his arbitrary Administrative detention without charges.

The Committee also said that three Israeli jailors are constantly in the room where al-Qawasma is hospitalized, and are eating in front of him.

It is worth mentioning that, while al-Qawasma is in his hospital bed, his right arm and his left foot are tried to the bed.