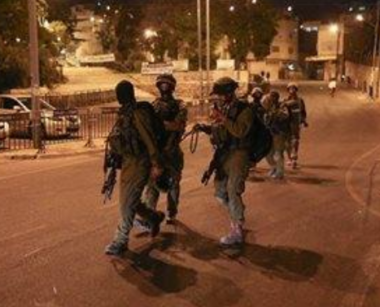 In addition, undercover Israeli soldiers abducted a young man, who remained unidentified at the time of this report, in Bab al-‘Amoud in Jerusalem.

Eyewitnesses said the undercover soldiers ambushed the man, and repeatedly assaulted him, before moving him to an unknown destination.