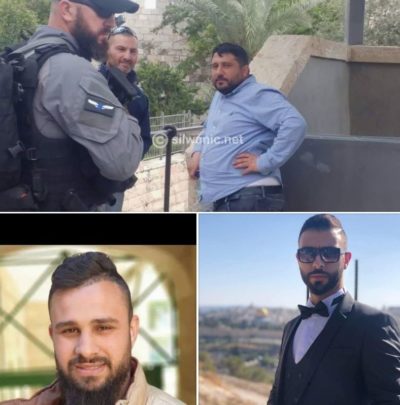 Israeli soldiers abducted, on Sunday at dawn, three Palestinians, including the secretary of Fateh Movement, in occupied East Jerusalem, after invading and violently searching their homes.

He added that the soldiers also abducted the secretary of Fateh movement in occupied Jerusalem, Shadi Mitwer, after invading and ransacking his home.

Furthermore, the soldiers invaded the home of Fateh secretary in Beit Hanina, Amer Awad, and summoned him for interrogation.

It is worth mentioning that Mitwer was previously abducted and imprisoned by the soldiers, along with Jerusalem Governor, Adnan Gheith, and was frequently confined to house arrest in addition to being denied entry to the Al-Aqsa Mosque for various periods of time.