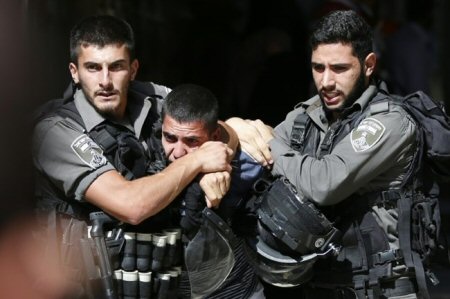 Israeli occupation forces arrested 745 Palestinian children since the start of 2019, many of whom were subject to numerous rights violations, Days of Palestine reported..

According to a report published, on Thursday, by the NGO Palestinian Prisoners’ Club (PPC), nearly 200 children were being held in various detention centres across Israel, as of Tuesday.

The figures were released ahead of World Children’s Day which was marked on Thursday.

The report said that Palestinian children arrested by Israeli occupation forces experience many forms of violations as soon as they are taken from their homes including being interrogated under very harsh conditions and without the presence of their parents or lawyers.

Some of the children, the report stressed, are denied family visits and proper medical treatment, are often deprived of food and water and are beaten, insulted, threatened and intimidated, the PPC report said.

As a result of severe coercion, many agree to give false confessions just to stop the abuse, while others are held under administrative detention, imprisonment without charge or trial.