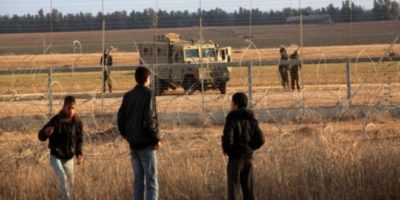 Israeli soldiers abducted, Friday dawn, three Palestinians on their lands near the perimeter fence east of Khan Younis, in the southern part of the Gaza Strip.

Eyewitnesses said the Palestinians were working on their lands near the fence, east of Khan Younis, when the soldiers pointed their guns at them and abducted them for “approaching the fence.”

They added that the soldiers threatened to shoot the Palestinians before abducting them, and took them to a military base across the fence, before moving them to an unknown location.