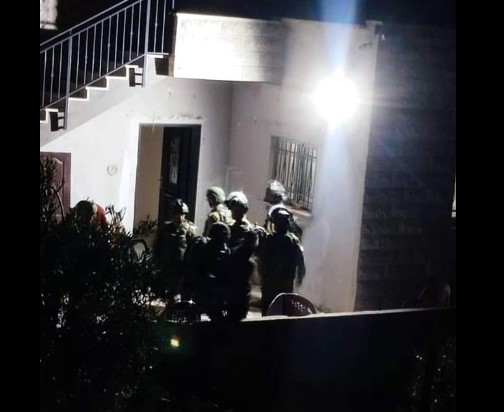 The soldiers, stationed at the Za’tara permanent military roadblock south of Nablus, stopped and searched dozens of cars and interrogated many Palestinians while inspecting their ID cards.

The PPS stated that the soldiers abducted Ehsan Ghaleb Hijazi and Soheib Maher Abu Obeid, both from Jenin in the northern West Bank, and took them to an unknown destination.

The army also installed a sudden roadblock at the entrance of Zabbouba village, west of Jenin in the northern West Bank, and deployed dozens of military vehicles around various villages and towns south and northeast of Jenin.

In related news, the soldiers detained a Palestinian mother and her two children, from Toura village west of Jenin, after stopping them at the Barta’a military roadblock.

The woman, Saeda Mohammad Kabaha, said she and her two children were detained for several hours before releasing them.