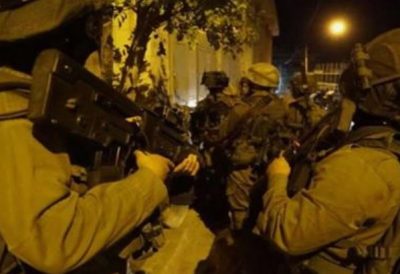 The Palestinian Prisoners’ Society (PPS) has reported that Israeli soldiers abducted, on Wednesday at dawn, twenty Palestinians from their homes in several parts of the occupied West Bank.

The soldiers conducted very violent searches of dozens of homes, and interrogated many Palestinians, before abducting twenty, and took them to various detention and interrogation centers.