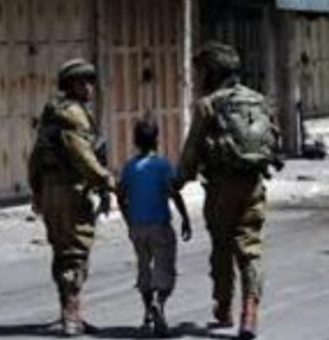 Israeli soldiers invaded, on Tuesday evening, the town of Beit Ummar, north of Hebron, in the southern part of the occupied West Bank, and abducted two children.

Media sources in Hebron said several army vehicles invaded the town, especially the Abu at-Touq area, searched homes and abducted two children, after interrogating them along with a few other Palestinians.

The sources added that the two children, identified as Ahmad Mahmoud al-‘Allami, 14, and Mohammad Bassam al-‘Allami, 16, were cuffed and blindfolded, before the soldiers moved them to a Police station in Keryat Arba’ colony, in Hebron.