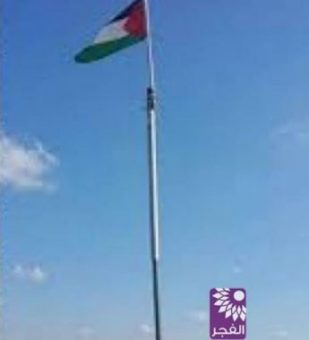 Several Israeli army jeeps invaded, on Tuesday evening, the town of Sebastia, north of Nablus, in the northern part of the occupied West Bank, fired many live rounds and gas bombs, and removed a Palestinian flag and its pole.

Mohammad ‘Azem, secretary of Fateh movement in Sebastia, told the WAFA Palestinian News Agency that the Palestinian flag, and its pole, were removed for the seventh consecutive time in the last two months.

‘Azem added that the invasion led to clashes between the soldiers, who fired many live rounds, rubber-coated steel bullets and gas bombs, and local youths, who hurled stones and empty bottles on them; there have been no immediate reports of injuries or abductions.

Also on Tuesday evening, the soldiers invaded Beit Ummar town, north of Hebron, in the southern part of the occupied West Bank, and abducted two children.