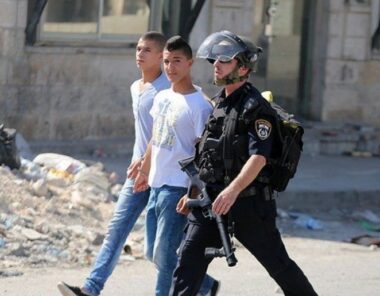 On Saturday, Israeli soldiers abducted two Palestinians from Tulkarem, in the northern part of the occupied West Bank, including one who was taken prisoner near Salfit, in the central West Bank.

The Tulkarem office of the Palestinian Prisoner Society (PPS) said the soldiers abducted Jihad Sa’ad al-Qaisi, 24, from Tulkarem, after stopping him near the Annexation Wall gate west of Zeita town, north of the city.

It added that the soldiers also abducted Mohammad Khader Younis, 25, after stopping him at Ariel military roadblock, northwest of Salfit.