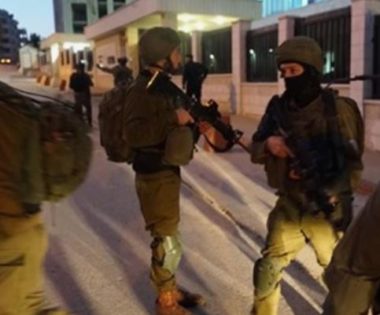 Media sources said the solders invaded and searched several homes and interrogated many Palestinians while inspecting their ID cards.

They added that the soldiers abducted Mahdi Omar Ziyada and Montaser Hasan Shakhtour and took them to a nearby military and security center.

In related news, the soldiers invaded and ransacked several homes in Barta’a town, isolated behind the illegal Annexation Wall, south of the northern West Bank city of Jenin, causing damage.

Owners of some of the invaded homes have been identified as Jamal Masoud, Ayed Masoud, Ali Masoud and Abdullah Masoud.