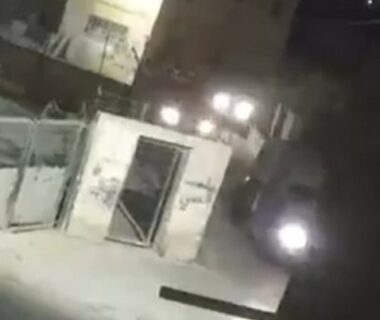 On Thursday dawn, Israeli soldiers abducted two Palestinians from their homes in the Bethlehem governorate in the occupied West Bank.

The invasion into the town led to protests before the soldiers fired a few live rounds, gas bombs, and concussion grenades.

The soldiers also invaded Husan town, west of Bethlehem, before breaking into homes and ransacking them.