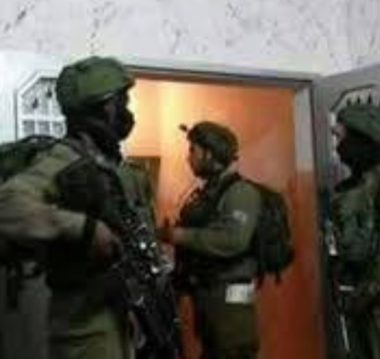 Media sources in Hebron said the soldiers abducted Mohammad Khader al-‘Amour, from the at-Tiwani village, east of Yatta south of Hebron, after invading his home and searching it.

They added that the soldiers also installed a military roadblock near the illegal Haggai colony, which was built on private Palestinian lands south of Hebron, and abducted a young man, identified as Ahmad Mazen Harb.

The soldiers also invaded many neighborhoods in Hebron city, and installed a roadblock near a mosque in its center, in addition to another roadblock at a nearby junction.

Furthermore, the soldiers installed roadblocks on roads leading to Sa’ir town, northeast of Hebron, and Halhoul bridge, north of the city, before stopping and searching dozens of cars, and interrogated many Palestinians while inspecting their ID cards.