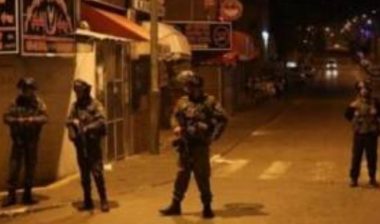 The two were handcuffed and blindfolded, before the soldiers took them to Etzion military base and security center, north of Hebron.

On Thursday at dawn, the soldiers invaded many Palestinian homes in the West Bank governorates of Hebron, Bethlehem, Nablus and Qalqilia, and abducted nine Palestinians.