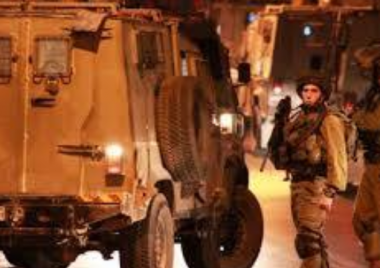 Israeli soldiers invaded, on Sunday at dawn, the towns of Surif and ath-Thaheriyya, in the southern West Bank governorate of Hebron, and abducted two Palestinians.

The soldiers broke into many homes, violently searched them, and interrogated several Palestinians before abducting two.