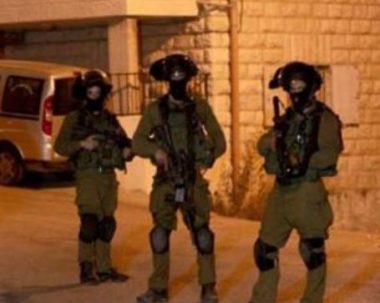 The soldiers also abducted Jihad Abdullah al-Ajlouni, 17, after stopping him at Abu ar-Reesh military roadblock, near the Ibrahim Mosque, in Hebron city, and took him to an unknown destination.

The army claims that the soldiers stopped and searched al-Ajlouni, and found out that he “carried a concealed knife.”

Furthermore, the soldiers invaded many neighborhoods in Hebron city, and the nearby towns of Bani Neim and Deir Samit.

It is worth mentioning that the two Palestinians are among at least seven who were taken prisoner by the army in different parts of the West Bank, Wednesday.