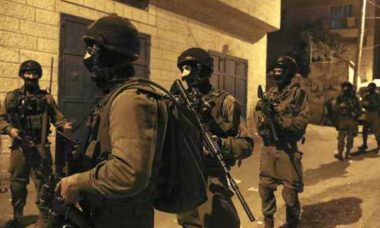 The soldiers stormed and searched many homes, and confiscated surveillance tapes from the invading properties, in addition to interrogating many Palestinians.

It added that clashes took place in the refugee camp, after the soldiers invaded it, and that the soldiers fired live rounds, gas bombs and concussion grenades at youngsters who hurled stones on the military vehicles.