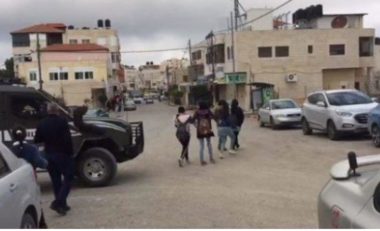 Eyewitnesses said several army jeeps invaded the Schools area in Betunia, harassed children in the schools’ area, and searched some of them.

They added that the soldiers abducted two schoolchildren, and moved them to an unknown destination.

Ribhi Doula, the Mayor of Betunia, said the soldiers also invaded the Schools’ area, Sunday, and added that the army frequently invades the town and conducts provocative acts.