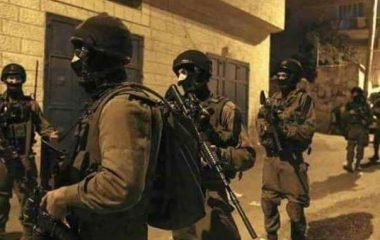 Media sources said the soldiers invaded the village, before storming the home of Fakhri Mahmoud al-Qarm, and violently searching it, causing damage.

They added that the soldiers abducted Fakhri’s two sons, Maher and Bassel, and assaulted his wife, causing various cuts and bruises, while ransacking the property.

The army cuffed and blindfolded the two siblings and took them to an unknown destination.