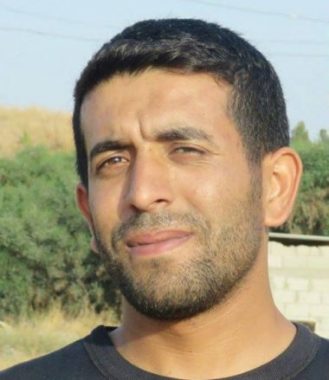 A Palestinian man was killed on Monday, and another critically injured, in an Israeli artillery attack on a location to the east of Beit Lahia town, in the northern Gaza Strip, said the Ministry of Health.

Mohammad Masoud al-Radea’, 31, from Beit Lahia, was killed in the attack that targeted with at least two shells a site to the east of Beit Lahia town.

Another Palestinian suffered serious wounds, and was rushed to a nearby hospital.

The al-Qassam Brigades, the armed wing of Hamas, said Mohammad was one of its members, and adding that he was killed when the army fire shells at an observation post, in northern Gaza.

Earlier Monday, the Palestinian Health Ministry in Gaza has reported that a young man died from serious wounds he suffered several days earlier, after Israeli soldiers shot him, during the ongoing Great Return March, in northern Gaza.

Dr. Ashraf al-Qedra, the spokesperson of the Health Ministry, said the Palestinian has been identified as Nasser Abdul-Rauf al-‘Ereini, 28.

On Sunday, a Palestinian who was critically injured during a predawn Israeli strike on several locations to the south of the Gaza Strip died of his serious wounds.

Dr. al-Qedra has confirmed that the Palestinian, Naseem Marwan al-‘Amour, 20, from Rafah, has died from his serious wounds.

He added that the young man suffered very serious wounds and was rushed to surgery at the European Hospital in Gaza, but later succumbed to his wounds at the Intensive Care Unit.

Al-‘Amour was injured when Israeli forces stationed along the barbed-wire fence that separates between Gaza and Israel fired at least two missiles targeting a location between the cities of Rafah and Khan Younis, killing two Palestinians, identified as Hussein Samir al-‘Amour, 22, and Abdul-Halim Abdul-Karim an-Naqa, 29.

On Saturday at dawn, May 26, a Palestinian man, identified as Hussein Salem Abu ‘Oweida, 41, died from serious wounds he suffered after Israeli soldiers shot him with live fire, several days earlier.

On Friday, May 25, another young man, identified as Yasser Sami Habib, 24, succumbed to wounds sustained from Israeli army gunfire during the protests on May 14.

Two other Palestinians, identified as Ahmad Ali Qattoush, 23 Mohannad Bakr Abu Tahoun, 21, who were injured, during the protests on May 14, also succumbed to their wounds on Thursday evening.