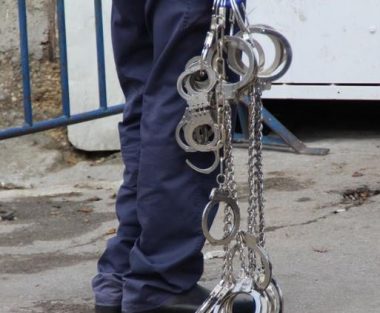 Israeli soldiers invaded, on Tuesday at dawn, several homes in the towns of Silwan and al-‘Isawiyya, in occupied East Jerusalem, searched the properties, and abducted four children and one adult. On Monday evening, the army abducted a young man and a child in Silwan.

The Wadi Hilweh Information Center in Silwan (Silwanic) has reported that the soldiers abducted Mohammad Ali Dari, Khaled ‘Awni Abu Ghosh, 17, and Hamad Mousa Mustafa, 16, from their homes in al-‘Isawiyya.

It added that the soldiers also abducted Ahmad Zidani, 13, and his brother Mohammad, 22, after invading their home in Silwan.

The family said the soldiers also illegally confiscated all mobile phones owned by its members while searching the property.

On Monday evening, the soldiers abducted a young man, identified as Yazan Tahhan, and a child, identified as Safir Tahhan, from Ras al-‘Amoud in Silwan.

The army also issued orders denying a Palestinian woman, identified as Raeda Sa’id, from entering the Al-Aqsa Mosque for 15 days, after abducting her, Sunday, near one of the gates leading to the mosque.