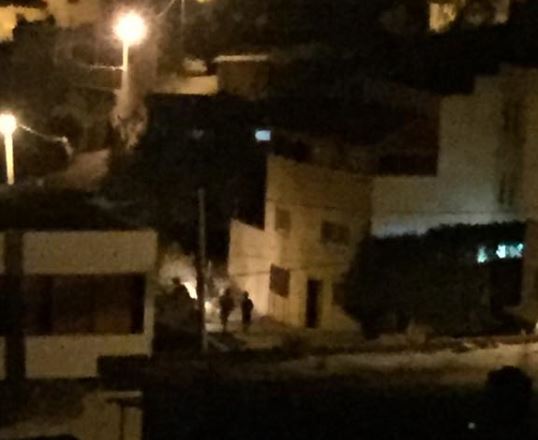 Israeli soldiers invaded, late on Monday evening, the town of Kufur Qaddoum, east of the northern West Bank city of Qalqilia, broke into and searched many homes and assaulted an elderly Palestinian woman, causing various cuts in addition to causing her to suffer the severe effects of teargas inhalation.

Eyewitnesses in Kufur Qaddoum said the soldiers ransacked many homes, including the property of Shafiqa Ahmad Jom’a, 80, and assaulted the elderly woman causing her to suffer several cuts and bruises.

The soldiers also fired many gas bombs in the area, causing many Palestinians, including the elderly woman, to suffer the severe effects of teargas inhalation.

The Israeli army frequently invades Kufur Qaddoum, and conducts violent searches of homes in the town, in an attempt to force the Palestinians to stop the weekly protests against the Annexation Wall and colonies.