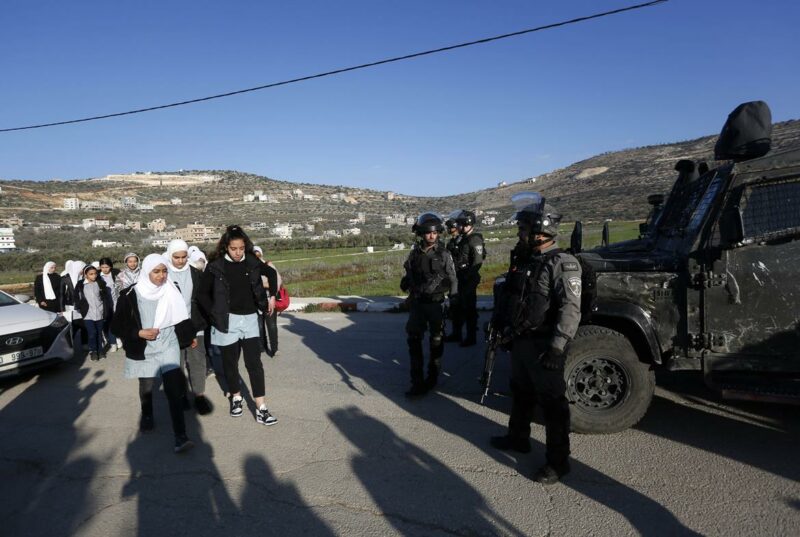 Israeli soldiers assaulted, on Thursday, Palestinian students and teachers in the northern West Bank village of Al-Lubban ash-Sharqiya, located south of Nablus according to the school’s principal.

The principal, Yasser Ghazi, told the Palestinian News & Information Agency (WAFA) that the occupation army struck a teacher and two students with rifle butts, and attempted to choke a third student, as they were walking to the school on the Ramallah-Nablus road.

Furthermore, the soldiers opened fire with tear gas towards the students, causing several students and teachers to suffer the toxic effects of tear gas inhalation.

Ghazi pointed out that this was the fourth consecutive day in which the soldiers and settlers have obstructed the students’ access to their education.

Head of the village council, Yacoub Awais, told WAFA that a large group of illegal colonizers gathered at the main entrance to he village and blocked students from reaching their school and stopped residents from being able to reach their places of employment.

Parents and residents confronted the settlers and were successful in facilitating the arrival of the students to their school.