Settlers Storm Al-Aqsa Mosque, Under the Protection of Occupation Police 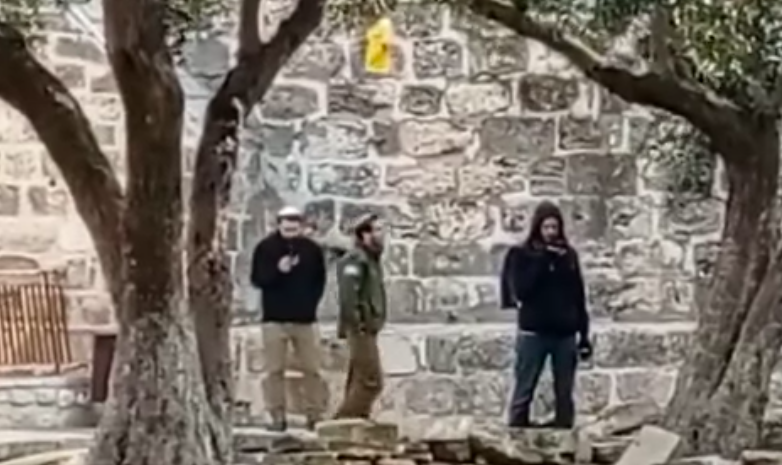 Illegal Israeli settlers invaded, on Thursday, the Al-Aqsa Mosque in occupied East Jerusalem, under the full protection of occupation police, according to Quds Press.

It stated that the occupation police closed the gates of the mosque and escorted the illegal colonists around the compound on the grounds of the third holiest site in Islam.

In a statement, the Department of Islamic Endowments stated that;

“Dozens of settlers, including students, stormed Al-Aqsa in successive groups from the side of the Mughrabi Gate, one of the gates of the western wall of Al-Aqsa Mosque.”

On a frequent basis, illegal settlers, under the protection of the Israeli police, storm the Al-Aqsa Mosque compound, while many Palestinian Muslims are denied access to the Islamic holy site.