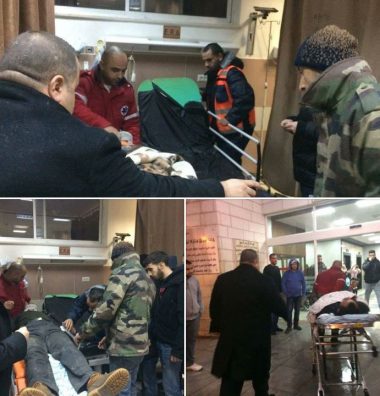 Israeli soldiers attacked, on Sunday evening, two Palestinian sanitation workers from the al-Biereh town, in central West Bank, and forced them to lie down in the rain for an extended period.

The soldiers stopped a sanitation truck, run by the City Council in al-Biereh, just as it approached garbage dump, forced two sanitation workers out, and assaulted them.

The soldiers confiscated the key to the truck, and forced the two workers to lie down in the heavy rain for an extended period, after frequently beating and assaulting them.

The two workers were later rushed to the Palestine Medical Complex, in Ramallah, suffering fractures, in addition to many cuts and bruises.