Israeli Policeman Indicted for Urinating in Face of Bound Palestinian 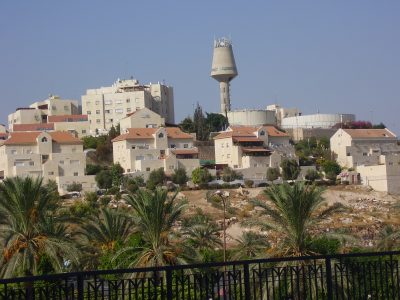 After a ten-year saga in which the Israeli Ministry of Justice refused to pursue charges against an Israeli police officer who admitted urinating in the face of a Palestinian prisoner, the Ministry finally indicted the officer.

The indictment came only after the victim, Mohammad Warani, took a lawsuit all the way to the Israeli High Court challenging the Israeli Justice Ministry’s decision to close the case.

The High Court ruled in favor of Warani, ordering the Justice Department to file charges against the police officer, Ya’akov Ben-Nissim Cohen.

In November 2007, Cohen took Mohammad Warani to a police station in the illegal Israeli settlement of Ma’ale Adumim, where he set the handcuffed, blindfolded man on a toilet and then climbed a shelf outside the stall and urinated in the man’s face.

According to prosecutors with the Police Investigations Department of the Justice Ministry, the officer “urinated on the face of the plaintiff, as the plaintiff screamed and shook his head from side to side”.

The indictment also stated, “In the above-described actions, the defendant psychologically abused a helpless victim”.

Even though the indictment was filed on November 1st, it was only made public on Sunday.

The incident took place ten years ago, and the officer involved has faced no repercussions during that time. This is despite the fact that he admitted to “an unusual incident” after his DNA was found in urine on the victim’s clothing.

The Justice Ministry decided to close the case against Cohen, but Warani challenged that decision in court. In February 2017, Warani received the very first ruling in his favor, at the Israeli High Court.