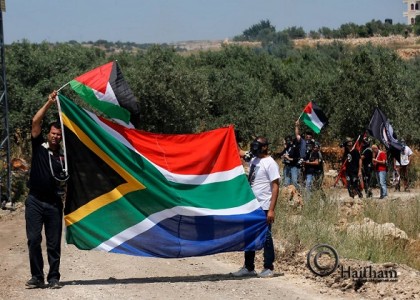 The protesters marched from the center of the village carrying Palestinian and South African flags, celebrating Freedom Day (April 27), that marks the end of the apartheid regime in South Africa in 1994.