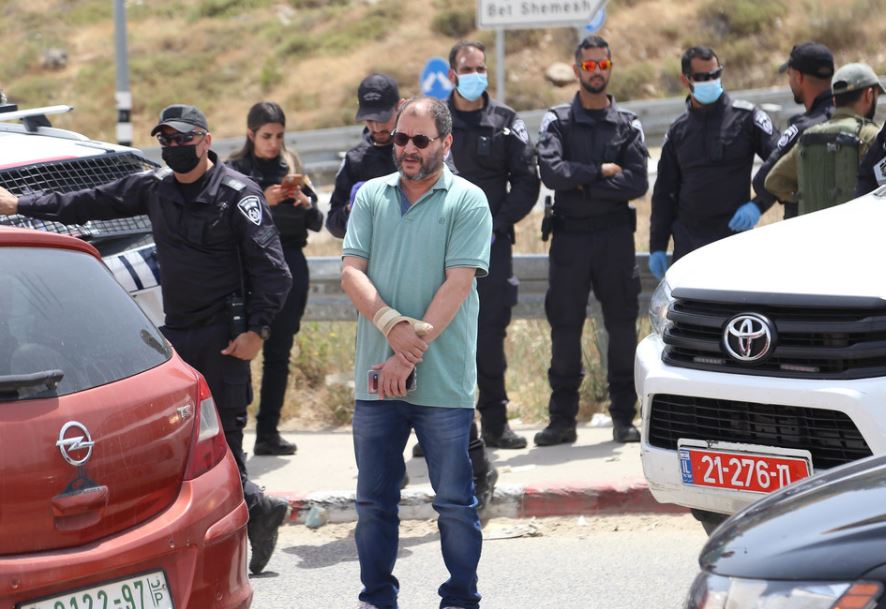 The protest was organized to “stop the War on Gaza – Stop Sheikh Jarrah Evictions” by the Palestinian Israeli joined group “Combatants for Peace”, “Standing Together” collation, and “Breaking the Silence”.

Activists tried to start a march on the Husan junction, near settler’s road 60 to the south of Bethlehem and reached the tunnel roadblock, when the occupation soldiers attacked them and detained one of the activists after declaring the area a closed military zone.

During the march, the occupation soldiers assaulted several participants, including MK Ofer Kseif, and detained seven other participants.

MK Ofer Kseif spoke to the participants and said, “This racist occupation must end for us to live in peace and safety,” and Knesset member Moshe Raz said, “The war on Gaza has stopped, but the occupation has not ended.”