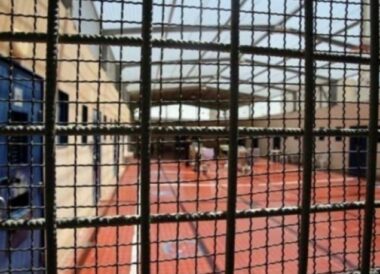 Hasan Abed-Rabbo, the spokesperson of the Detainees Committee, stated that the soldiers attacked the detainees as they slept at dawn, and damaged their personal belongings, in addition to causing a few injuries.

Abed-Rabbo added that the attack caused tension in the prison, before the detainees protested the assault against Section 13, and closed several sections of the detention camp.

The attack is part of the numerous Israeli violations against the detainees, including forcing many in solitary confinement and denying family visits to scores of detainees.

In October of this year, the soldiers abducted 467 Palestinians, including 10 women and 135 children, in the occupied Palestinian territory.

On November 10th, The Palestinian Detainees’ Committee, the Palestinian Prisoners’ Society, and the Wadi Hilweh Information Center in Silwan issued a report revealing that the number of detainees imprisoned by Israel is about 4650, including 34 women, 160 children, and 500 who are held under the arbitrary Administrative Detention orders without charges or trial.