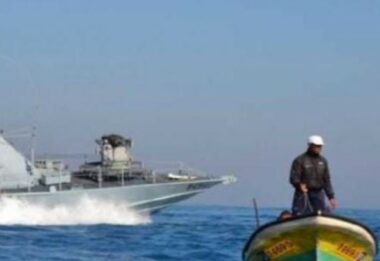 Israeli soldiers attacked, Wednesday, many Palestinian farmers and fishermen near Gaza city, and Khan Younis in the southern part of the besieged Gaza Strip.

Eyewitnesses said the soldiers, stationed across the perimeter fence, fired many live rounds at Palestinian farmers on their lands, east of Khuza’a town, east of Khan Younis.

They added that the attack did not lead to casualties, but forced the farmers out of their lands in fear of further Israeli escalation.

In addition, Israeli navy boats fired many live rounds, and used water cannons, targeting Palestinian fishing boats near the shore of the Sudaniyya Sea, northwest of Gaza city, causing damage and forcing the fishermen back to the shore.

The army frequently attacks farmers, shepherds, workers, and fishermen across the eastern parts of the coastal region and in Palestinian territorial waters, leading to dozens of casualties,  including fatalities, in addition to preventing the Palestinians from tending to their lands and from fishing to provide for their families.