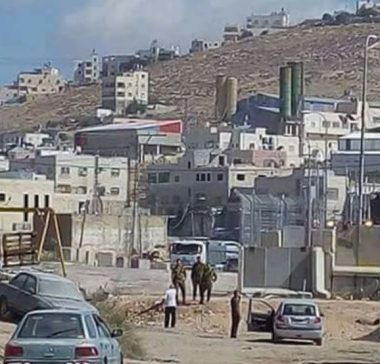 Israeli soldiers resorted to the excessive use of force, Sunday, and attacked dozens of Palestinians, mainly schoolchildren, who marched in the al-‘Arroub refugee camp, north  of Hebron, denouncing the illegal American stance regarding occupied Jerusalem.

The Palestinians marched from several schools in the refugee camp, while chanting for the liberation of Palestine, and ending the illegal Israeli occupation, before the soldiers fired rubber-coated steel bullets, gas bombs and concussion grenades the them.

The soldiers also invaded several homes in the camp, searched them, and occupied their rooftops.