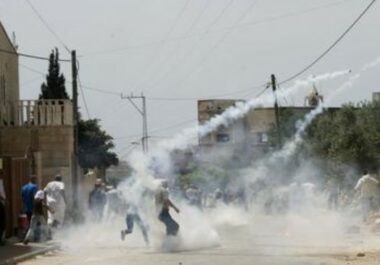 Israeli soldiers attacked, Wednesday, many schoolchildren in the al-Lubban ash-Sharqiya village, south of the northern West Bank city of Nablus, and detained one.

Local sources said the soldiers invaded the village and were deployed near the local school, before attacking and searching several students.

They added that the soldiers detained one student, identified as Abdullah Khalil, 17, for more than two hours before releasing him. The student is from Ammouria nearby village.

It is worth mentioning that the soldiers frequently invade the village, and install roadblocks near the school, and have frequently injured many students, in addition to abducting and detaining some of them.