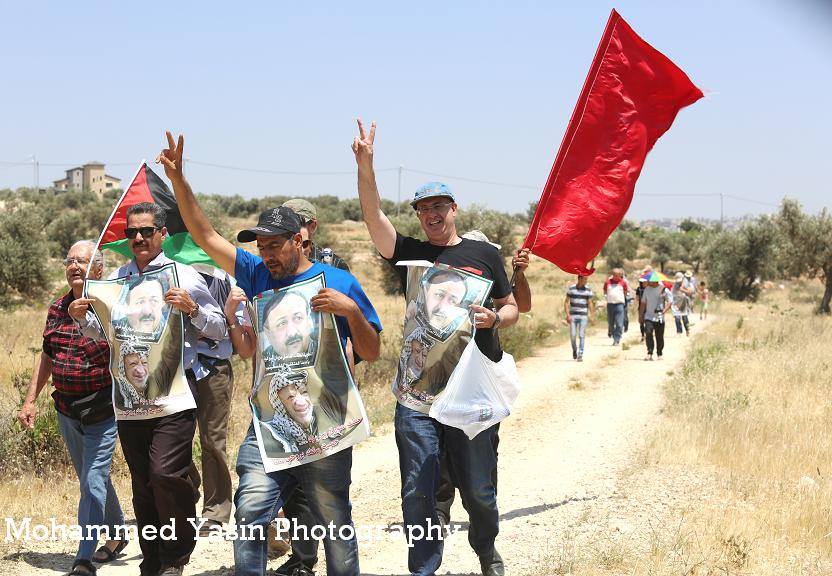 The Popular Committee against the Wall and Colonies in Bil’in said the procession started from the center of the village, heading towards Abu Lemon area.

It added that the protesters carried Palestinian flags, and chanted against the ongoing illegal Israeli occupation, escalation and the U.S. support to the oppression against the Palestinian People.

The protesters also chanted for national unity, the release of all detainees, the Right of Return to all refugees, liberation and independence.

Once the nonviolent protesters reached the gate of the Annexation Wall, many started banging on it with rocks, while others wrote graffiti, and chanted against the occupation.

Spokesperson of the Popular Committee, Dr. Rateb Abu Rahma, called for ongoing processions in every part of occupied Palestine, to counter the illegal Israeli and American policies against the legitimate Palestinian struggle for independence.