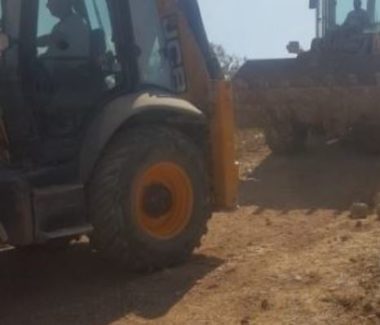 Abdullah Bisharat, the head of Atouf Village Council, said the soldiers invaded lands in Um Kbeish area, in the western part of the village, and started bulldozing and uprooting hundreds of dunams of Palestinian farmlands.

He added that the bulldozers are cutting and uprooting dozens of trees and other plants in the farmlands, without a prior notice or any justification.

Bisharat also stated that the soldiers also demolished four wells, used by the farmers for irrigation for their lands.

The targeted Palestinian agricultural lands are thousands of Dunams, planted with various sorts of trees and plants, and are owned by Palestinians living in that area.

Bisharat also stated that the Israeli government, headed by Prime Minister Benjamin Netanyahu, seems to have already started the annexation of the Jordan Valley and the Northern Plains, following statements in this regard as part of his election campaign to win the votes of illegal colonialist settlers, living in the occupied West Bank.