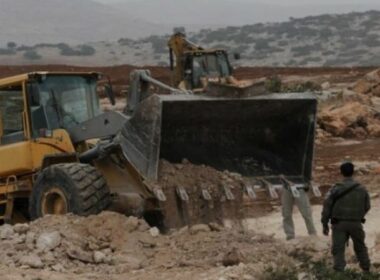 Al-Ahmad added that the soldiers placed sandhills and concrete blocks on the roads to seal them off, and prevented the Palestinians from reaching their olive orchards to harvest them.

In related news, many fanatic illegal Israeli colonists attacked Palestinians while picking their olive trees in their orchards in Burqa village, south of the central West Bank city of Ramallah, injured five of them and punctured the tires of two cars.

In addition, the Israeli government has approved the construction of hundreds of units in an illegal colony, built on stolen Palestinian lands in Wadi Fukin village, west of Bethlehem, south of occupied Jerusalem in the West Bank.