Israel Approves Hundreds Of Units In An Illegal Colony In Bethlehem 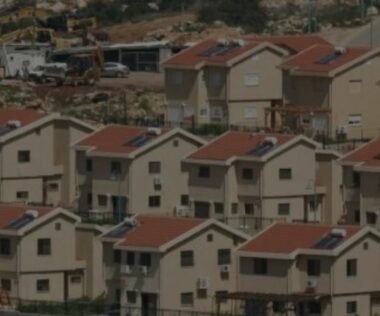 The Israeli government has approved the construction of hundreds of units in an illegal colony, built on stolen Palestinian lands in Wadi Fukin village, west of Bethlehem, south of occupied Jerusalem in the West Bank.

Hasan Breijiyya, the head of the Bethlehem office of the Wall & Colonization Resistance Commission, has reported that the Israeli government approved 500 new units in the Tzur Hadassah colony.

He added that Israel has been pushing plans for the massive expansion of its colonies in Bethlehem governorate, through the further illegal annexation of privately-owned Palestinian lands.

Breijiyya also said that Israeli recently started remapping lands in Arab at-Ta’amra village, east of Bethlehem, and has been preventing the Palestinians from entering their lands near the illegal colonies in the southern and eastern areas of Bethlehem.

All of Israel’s colonies in the occupied West Bank, including those in and around occupied East Jerusalem, are illegal under International Law, the Fourth Geneva Convention and all related United Nations and Security Council resolutions.