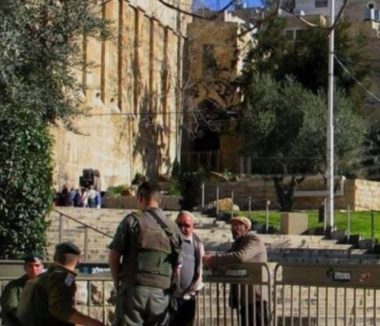 Just as the Palestinians in Silwan were preparing for Iftar following a day of fasting in the holy Muslim month of Ramadan, Israeli soldiers closed Wadi Hilweh Street, in Silwan town, south of the Al-Aqsa Mosque in occupied Jerusalem.

The Wadi Hilweh Information Center in Silwan (Silwanic) has reported that the army and the police closed the Wadi Hilweh Junction, without any prior warning, and prevented the Palestinians from using it.

Silwanic added that the Palestinians were heading to the mosque, and others to their homes, just as the call for prayers started, on the second day of Ramadan, when the police closed the road, preventing them from crossing and causing a serious traffic jam.

Silwanic stated that the police and soldiers also closed the al-‘Ein Street, in addition to Bab al-Magharba Street, just minutes before evening prayers, while the Palestinians were heading to the Al-Aqsa Mosque.