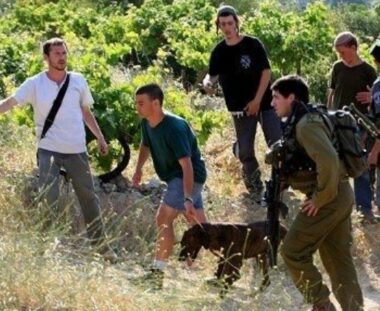 Media sources said the soldiers and the paramilitary colonizers stopped the seven young men near the illegal Halamish colony, built on stolen Palestinian lands northwest of Ramallah, and repeatedly assaulted them.

They added that the seven young men suffered various lacerations and bruises after the soldiers and the paramilitary colonizers attacked them.

In addition, Israeli soldiers installed a roadblock on the main street leading to Ein Siniya town, north of Ramallah, before the soldiers stopped and searched dozens of cars and interrogated the Palestinians while inspecting their ID cards.